The Distiller of London

Gin Ripples across the Pond

Natasha Bahrami – The Gin Girl: Gin and variants viewed from the USA

Gin distilling: from field to bottle

The Richness of Nature

The State of Gin

Aaron Knoll (Chair): How little is too little juniper for a gin to be considered a gin? A view from America.

Trespassers will be prosecuted

Matthew Pauley, the International Centre for Brewing and Distilling at Heriot Watt University

Stay on top of Intellectual Property 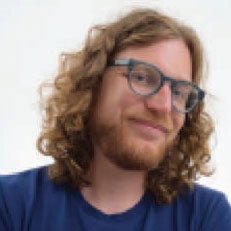 How little is Too Little Juniper for a Gin to be Considered a Gin? A view from America.

Aaron Knoll is a spirit’s historian, botanical spirits expert and author. He’s written several books on gin including Gin: The Art and Craft of the Artisan Revival which was named among the best gin books of the year by The Guardian and has been translated into six languages.

Aaron is the founder of The GIN is IN— an online resource dedicated to educating consumers on gin, gin flavour and created the first search tool for finding gin based on flavour. He also has served as judge for several international gin competitions including the American Distilling Institute and World Gin Awards. He was inducted into The Gin Guild as a Rectifier in 2019 for his contributions as a writer and educator. Aaron currently lives, works, and tastes gin out of Denver, Colorado.

Jason Barrett is the Proprietor of Black Button Distilling, which he started in 2012. Based in Rochester NY. He is a Warden Rectifier in the Gin Guild

Jeff Fairbrother conducts the day to day production of gin (and bourbon) at Black Button Distilling. He is a Rectifier in the Gin Guild

Melissa Katrincic is a scientist turned gin maker and is the marketing guru behind the gins produced by Durham Distillery (USA). She is the vice president of the North Carolina distillers Association and has sat on panels as a gin expert for ACSA and ADI conferences. She is a Rectifier in the Gin Guild

Maggie Campbell is a spirits, wine, flavour, and aroma expert with production and executive experience in the global drinks industry. Maggie served as President and Head Distiller of the spirits company Privateer Rum for 9 years elevating the company to cult brand.
Maggie served two elected terms on the Board of Directors of the American Craft Spirit Association and two elected terms as Vice President, she also serves as their Spirits Judging Director. She is a member of the Board of Directors of Resistance Served and the Wine and Spirits Education Trust’s International Advisory Alumni Board, representing the United States.

Stephen Gould is co-owner of Golden Moon Distillery and speakeasy. He is a board member of the Colorado Distiller’s Guild, a small distillery member of the Distilled Spirits Council of the United States and a member of the American Craft Spirit Association. He is the first American ever to be named a Warden of London’s Gin Guild and is a Liveryman of its parent body, the Worshipful Company of Distillers (a distilling trade body dating back to 1638). He has an extensive library of distilling works and is a passionate historian of distilling.

For films of previous events and more
See www.theginguild.com

Find out more about the Gin Guild:

The Guild only recognises gin styles produced by distilling ethyl alcohol in stills traditionally used for gin, in the presence of juniper berries and other botanicals – provided that the juniper taste is predominant.

The strategy of the Guild is set by a Management Committee made up of representatives from the four largest UK gin distillers (Diageo, Grants, Bacardi and Chivas), with other Guild members and Liverymen from the Worshipful Company of Distillers.

Membership is open to all (subject to gin distillers and brand owners meeting the Gin Guild Gin specification).

Applications for membership of the Guild should be addressed to the Gin Guild Director General (see contact details).

As detailed in the Guild objectives, membership brings together Gin distillers and industry leaders involved in the production, promotion, distribution and consumption of Gin.

The Guild annually arrange, co-host and/or facilitate access for Guild members to a programme of gin related events and celebrations.

Current details are available on request, but include:

Guild installation ceremonies (including an option for full members of Guild installation at the prestigious venue of the Mansion House, London, followed by a combined Banquet with the Worshipful Company of Distillers in the famous Egyptian Hall).

The Gin Guild Website is regularly up-dated and the Guild produce a regular magazine covering both Guild events and gin articles.

The Guild develop its links and encourage further education and research into gin, and work with the London based Wine & Spirit Education Trust, the International Centre for Brewing & Distilling at Heriot-Watt University, Scotland and the Institute of Brewing & Distilling in London.

Any cookies that may not be particularly necessary for the website to function and is used specifically to collect user personal data via analytics, ads, other embedded contents are termed as non-necessary cookies. It is mandatory to procure user consent prior to running these cookies on your website.

Preference cookies are used to store user preferences to provide them with content that is customised accordingly. This includes the language of the website or the location of the visitor.

Advertising cookies help us provide our visitors with relevant ads and marketing campaigns.

Analytics cookies help us understand how our visitors interact with the website. It helps us understand the number of visitors, where the visitors are coming from, and the pages they navigate. The cookies collect this data and are reported anonymously.